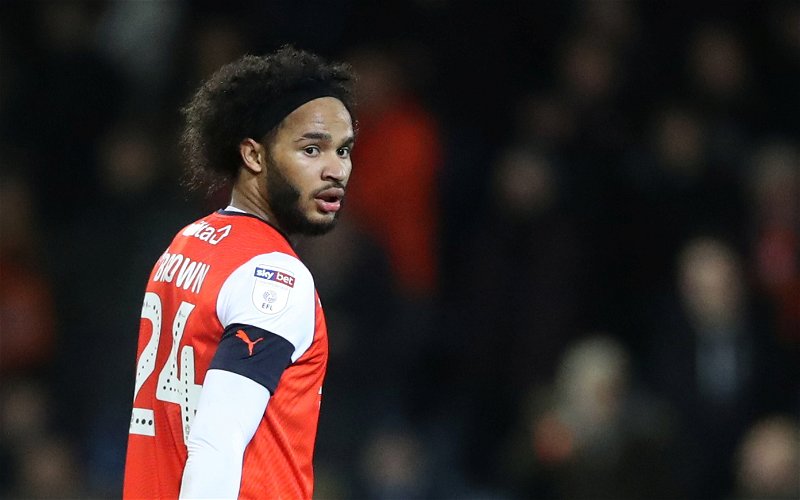 Brown has made just one appearance for Chelsea since joining the club from West Brom back in 2013, with the attacker instead experiencing a string of loan spells with the likes of Vitesse, Rotherham, Huddersfield, Brighton, Leeds and Luton.

After an injury-hit campaign at Leeds in 2018/19, Brown made 28 appearances in all competitions for Luton in the season just gone, helping them to avoid relegation straight back to League One, and it appears he may have caught the eye in the process.

According to the latest reports, QPR are now keen on a potential move for the 23-year-old, as they look to strengthen their side ahead of next season.

As things stand, Brown has just under 12 months remaining on his current contract with Chelsea, securing his future at Stamford Bridge until the end of next season.

It is thought that the FA Cup finalists are now contemplating their next move when it comes to the approach they take with Brown for the coming campaign.

This would certainly be an interesting one for QPR to consider.

There is no doubt that Brown has plenty of potential, and with speculation around the future of the likes of Eberechi Eze and Bright Osayi-Samuel not going away any time soon, it does seem as though Rangers could do with adding some more attacking options to their side.

However, when you consider Brown history with injuries, and the fact that his record in front of goal is not exactly prolific, you do feel as though it may be something of a risk for Rangers to pin all their hopes on him for next season, meaning you feel they ought to be considering other options as well.