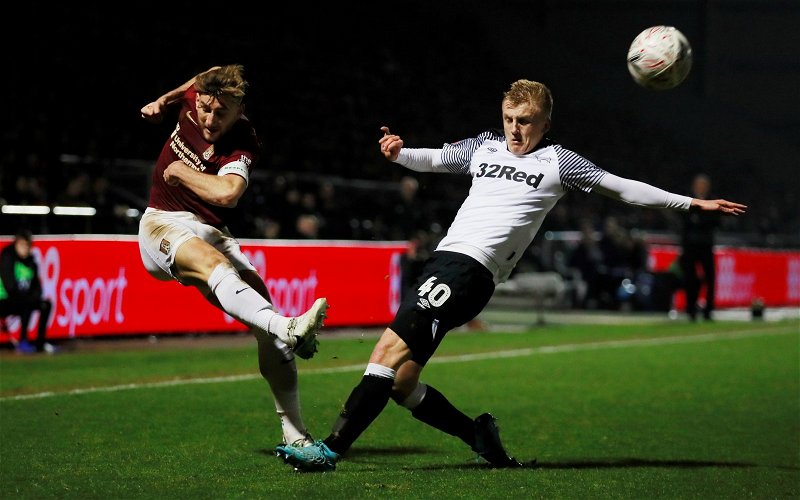 Goode has just completed an outstanding season with Northampton, that saw him captain the club to promotion to League One via the League Two play-offs, and it seems his performances are starting to attract plenty of attention from the Championship.

According to the latest reports, both QPR and Middlesbrough have made offers of around £500,000 for the defender, while Brentford are also said to be monitoring Goode’s situation.

It is thought that offer of £500,000 falls short of Northampton’s valuation of the defender, although the 25-year-old is reportedly open to making the step up, but only after considering all of his options.

With only two teams conceding more goals than QPR in the Championship last season, defence is certainly an area they will need to address during the summer transfer window, so it was not surprising to see many of the club’s fans keen to voice their opinion on the possible signing of Goode, as they took to Twitter to react to that news.

Now this would be a decent signing.

That would be a great signing.

would be a class signing just what we neeed

That’ll be a goode signing

I don’t know much about this lad Goode but he is exactly the type of player we need to be signing, especially at centre half. Big, committed & ambitious #COYRs #qpr

Charlie Goode could be a decent signing for us, impressed during his time at Northampton and is a local lad. could be a nice bit of business for us. #QPR