“Completely given up”: Lots of QPR fans place the blame for defeat at one man’s feet 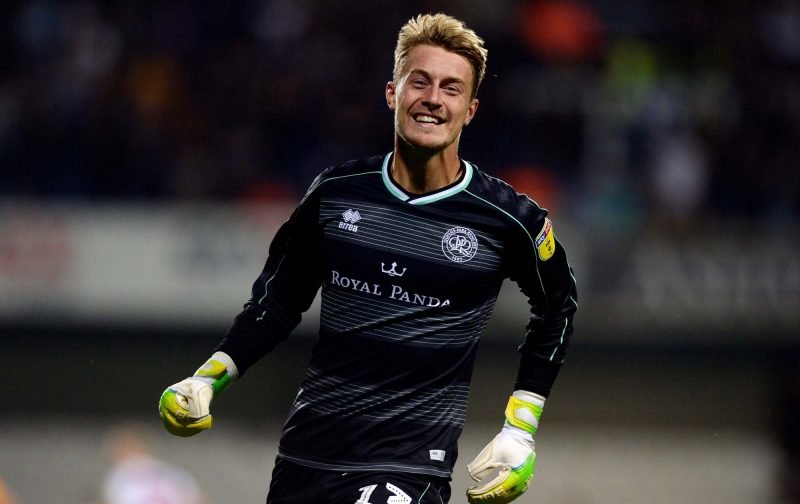 And perhaps things could have been a little bit better if the red card at the start of the second half had been a yellow instead, because it was clearly a game-changer, but even that would be pushing it a little bit.

QPR fell to a 4-0 defeat at home to Nottingham Forest last night, and although there are many players to blame for the result, it looks as if one man in particular is getting the majority of the criticism from the Loftus Road faithful, and that’s goalkeeper Joe Lumley.

However that hasn’t stopped fans from tearing into the keeper for his display, not just last night, but throughout the season as well, with many calling or him to be dropped altogether.

All of their goals were gifts in a shambolic performance but that 4th goal 🙈 OMG – Tyson Fury got off the floor quicker than Joe Lumley! We need reinforcements in January or we will be in a relegation battle! #QPR 💙 https://t.co/tAW0QN1KQZ

Give Marcin Brzozowski a chance now … Lumley is terrible… #QPR

I know we’ve been overachieving but we looked shot of any confidence right from the off tonight. Lumley needs replacing and the defence needs changing, but who with I’ve no idea #qpr

Poor tonight! Lumley has got to be dropped he’s nowhere near good enough… Warbs is not the problem #qpr

I will never troll players on twitter but how is Lumley still getting selected ? #QPR

Anyone out there still defending Lumley? One of the worst goalkeepers I’ve seen in this league #QPR

I never want to see Lumley in a QPR top again!! #QPR

Lumley has completely given up! No idea when Kelly’s back, but he needs dropping. So many errors in this game alone. #QPR

Should Joe Lumley be dropped?

Is he the best the club has to offer? Or should they make a change, either from within or during the window?