On Wednesday evening Queens Park Rangers welcomed Millwall to Loftus Road for our latest Championship clash in the season of 2018/19.

Goals from Mass Luongo and another Ebere Eze strike inside of three first-half minutes gave us the 2-0 victory on the evening and our unbeaten run now stretches to four games. After a poor start to the season, manager Steve McClaren finally has us up and running and with back to back victories, the points lift us into 16th place in the table with ten points.

20 efforts on goal, with nine on target compared to their 14 and 2 respectively mean it was a more than justified win, according to statistics website WhoScored, Joel Lynch was once again our top rated player from the game with a score of 9.07. 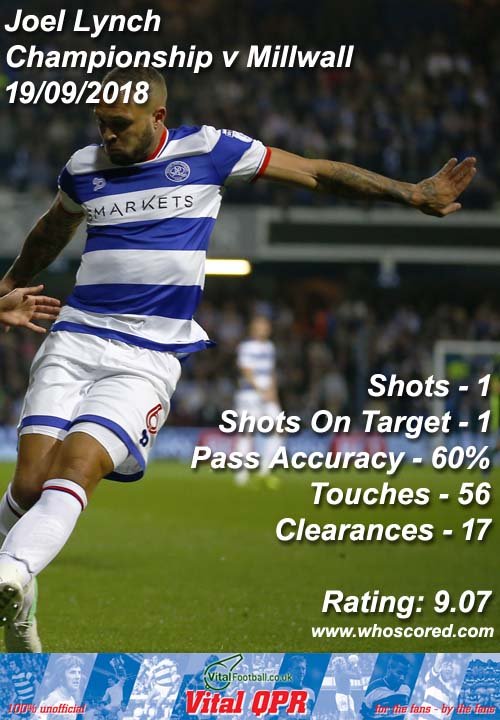 30-year-old Lynch was the only player to reach 9 in the game and so far this season, the website has made him our star man in games.

Luongo’s own performance on the day saw him unfortunate to not take top spot as they gave his efforts 8.49 and our top five on the day were completed by Angel Rangel, Eze and Jake Bidwell.

Our control on the match saw seven players reach 7 or above, compared to only two players for the opposition, so all in a good day.