‘We have become ALDI’, ‘Ridiculous really’ – Many QPR fans react to interview

Plenty of Queens Park Rangers fans have responded on Twitter to the latest interview with chairman Amit Bhatia.

In just his third or fourth interview in a 12-year period with the club, he spoke about the progress that the club has made since he became chairman around 18 months ago.

He admitted that he and the board were proud of their achievements thus far, and also mentioned how he thinks the majority of the fans are also proud of that progress.

Bhatia went onto to add that they are still a working progress and that there is still much to improve, but overall he thinks that, both on and off the field, that the club are on the up.

Will QPR make the playoffs this season? 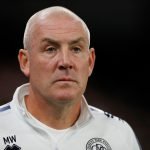 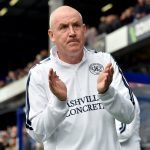 Lots of fans responded to the tweet of the video, and there was a pretty mixed response from the fanbase. Many seemed pleased with the progress under Bhatia, while others asked questions about things such as contracts for youngsters.

For the fans who are asking what the progress is?

Well done Amit. Sane people can see real progress from that crazy team that ended up getting relegated the first time. Once we start to build Warren Farm people will understand

Where’s the contracts for the young players to tie them down long term amit? You discuss ‘best interests’ etc but this isn’t the case. Alpha, eze, manning, bos, masterson all entering last year of contracts at the end of the season. Ridiculous really

So far this season it has been a mixed bag for the club. Despite having the second-worst defensive record in the entire league with 51 goals conceded, they are also the second-top goalscorers with 45 scored, but they are still seven points shy off the play-offs.

Bhatia and his side are still a long way away from the Premier League, however, the development of youth at the club has been really exciting and it does seem as if the club are on the up rather than the other way around.