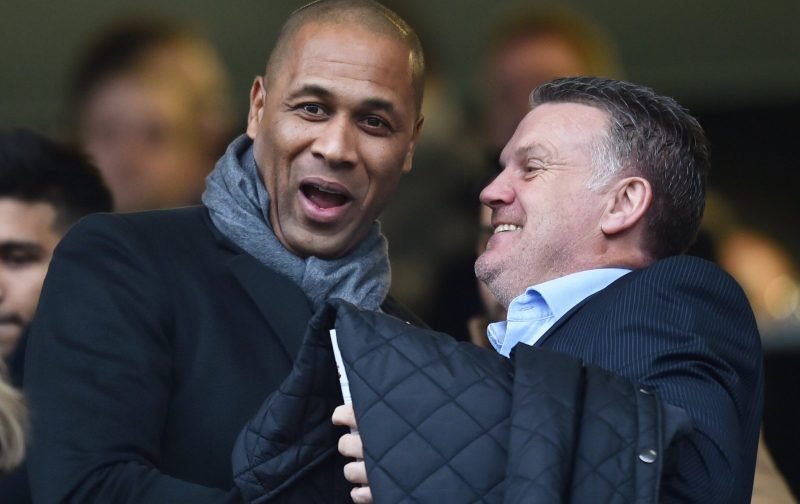 Former Queens Park Rangers striker and still all-time Premier League record goalscorer Les Ferdinand certainly splits opinion in the fanbase given his current role as Director of Football and he recently held a very interesting interview with Talksport to discuss his role and the troubles that many fans won’t be aware of.

I doubt his interview with Talksport will change many minds but regardless of what side of the fence you sit on, it’s a very good read.

With the difficult few years that we’ve had on a Financial Fair Play point of view and how that has overshadowed almost everything at the club, Ferdinand’s successes certainly pail to the presumed failures when it comes to praise and criticism and Ferdinand himself admitted he could ‘understand the question’ that maybe his wage would be better served elsewhere, but like life in general, not everything is that black and white.

“I can understand the question, of course. What I will say is when I came through the door of this football club the wage bill was £68million. It was absolutely insane. Lee Hoos and myself have worked very hard to cut this down, and that figure is nearly down by 70 per cent now. Do you think that’s been easy to do? It doesn’t happen overnight.”

Ferdinand went on to say, rightly in some ways, fans judge success and endeavour based on what happens on the pitch, few are bothered by what goes on behind the scenes and those battles and he stands firm to the claim that whilst not everything is suddenly perfect or rosy in the garden, the club is no longer in the ‘right state’ that it was when he first arrived.

“There were so many disgruntled players at this football club on ridiculous amounts of money once upon a time. Your hope is to get rid of them and bring in new players to try and change that mentality. What can you do if they let their contracts run down, though? Then you get the other lads on the lesser contracts and ask them to run around more than the big earners. As a result they get infiltrated in that atmosphere, so you need to change them as well. Going forward, whether I’m here or not, this football club will be in a better place – without a shadow of a doubt – to when I first arrived.”

We certainly need to be and maybe Ferdinand will get his moment in the sun if, with plenty of hard work already done, fans start seeing a real change in our fortunes now.