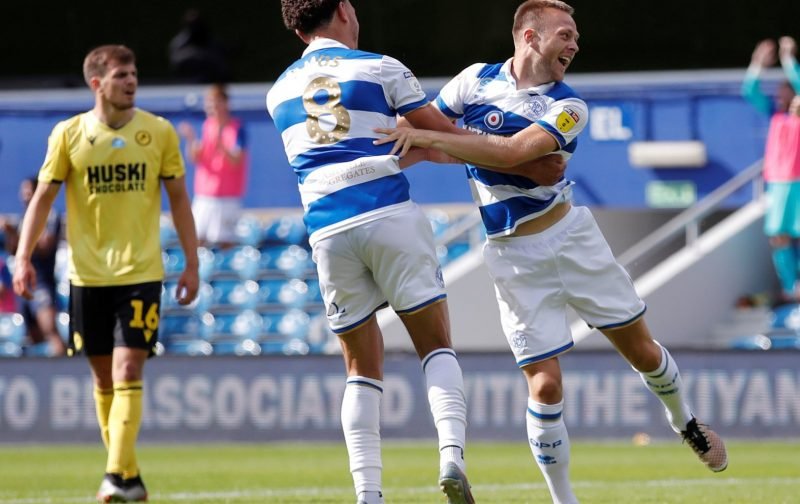 It was a good day for QPR on Saturday, as they ended their home league campaign for the season with a 4-3 win over local rivals Millwall at the Kiyan Prince Foundation Stadium.

After a goalless opening 42 minutes, Conor Masterson puts Rangers ahead on the stroke of half time with his first senior goal, before Matt Smith equalised for Millwall shortly after half time.

Goals from Ryan Manning and Ebere Eze then looked to have put QPR in control at 3-1, before the visitors pulled another back through Shaun Hutchinson.

Rangers then again looked to have made the game safe thanks to a fourth from Todd Kane, before Jayson Molumby made it 4-3 in stoppage time, with Millwall having another chalked off even later into time added on for offside, as QPR hung on for a dramatic win.

That result was just Rangers’ second win since the season resumed, and also ended Millwall’s hopes of reaching the play-offs this season in the process.

Not surprisingly therefore, plenty of QPR fans were keen to enjoy the result as they took to Twitter after the game to give their thoughts on their side’s performance.

THIS is the side that we love despite it all. Bagging goals just quicker than we concede, defenders in the opposition box scoring worldies. Free-flowing Eze, Dom Ball scrapping, big tall Lumley, assorted youngsters. Inconsistent, ridiculous, SO much fun. Chin up for next season.

That game pretty much is our season all in 1. Goals for, goals against. Given the squad struggles cracking result.

That was more like it. Entertaining to watch. Looked confident going forward. Bit iffy at the back but that is normal. Nice to end the home season well.