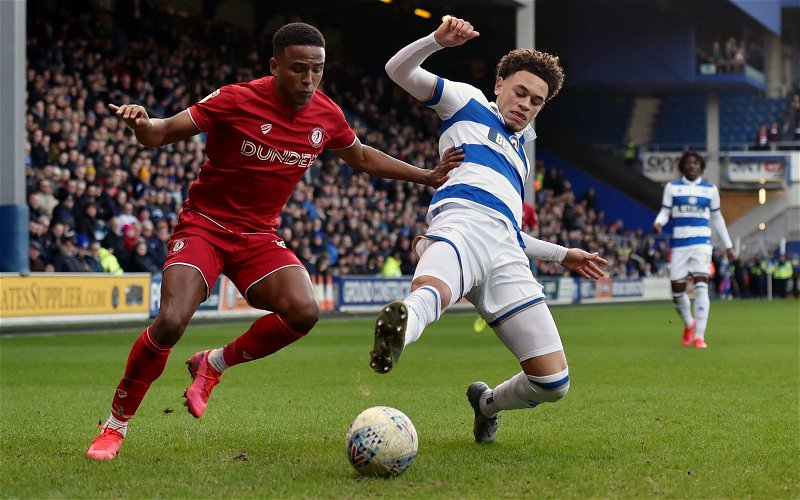 QPR are interested in the permanent signing of midfielder Luke Amos from Tottenham, a report from West London Sport has claimed.

Amos has spent the 2019/20 season on loan with Rangers, making 35 appearances and scoring two goals in all competitions for Mark Warburton’s side.

According to the latest reports, Warburton has seen enough from the midfielder to believe he has potential worth holding on to, with the club reportedly keen on a permanent deal, but also willing to agree to another loan for the midfielder if necessary.

That is despite the fact that Amos struggled for both form and fitness during his time at the Kiyan Prince Foundation Stadium throughout the course of the campaign.

Indeed, that is something that appeared to show amongst QPR fans as they took to Twitter to react to news of that renewed interest in Amos, with mixed views on whether or not this would be a good move to make.

Yes please, but for no more than 3-4m

Oh no, I don’t think this is a good idea. He spent most of his loan pulling out of tackles and putting in 75% effort. I’d take Scowen back

Id take him all day long. Young player to bring on and no better manager in champ to do it then Warbs. We need some perm signings and if we are interested there’s no way we are spending money so there must be a good deal to be done

I don’t think Luke would be a good signing, I know he was injured, for a significant spell the season before last, but I think he’s spent too long at academy level and is too peripheral in games. Compare him to Ilias, who has really developed