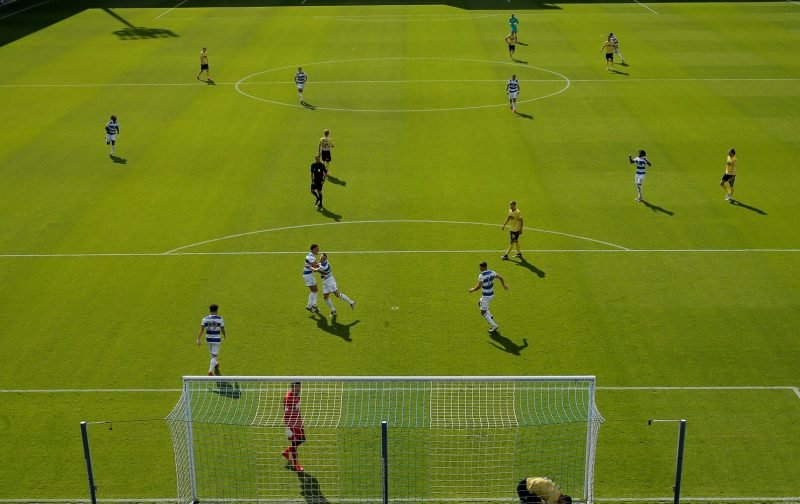 QPR are set to offer new contracts to defensive duo Conor Masterson and Osman Kakay as well as goalkeeper Seny Dieng, a report from West London Sport has claimed.

All three players see their deals with the club expire at the end of next season, and it seems Rangers are keen to secure the trio’s long-term future at the club beyond that point.

According to the latest reports, QPR are putting together offers for all three players in the hopes of retaining their services for the foreseeable, with all three catching the eye recently.

Masterson has made 14 appearances in all competitions for QPR – his first in senior football – since January, having joined the club at the start of the season following his departure from Liverpool.

Kakay has also impressed with his recent outings for QPR, having made seven league appearances for the club in the second-half of the season, after spending the first half of the campaign on-loan in Scotland with Partick Thistle.

Dieng meanwhile, has yet to make his debut for QPR, although it seems some strong performances during a loan spell at Doncaster across the course of the 2019/20 campaign have also put him in contention for a new deal at The Kiyan Prince Foundation Stadium.

This does seem to be a sensible approach from Rangers.

All three players certainly look to possess potential that could be exploited in the future, so it makes sense to keep them around in the hope they can do that for QPR.

Indeed, extending these deals also puts the club in a stronger position should any transfer offers from elsewhere come, which also ought to increase the chance of making a profit on any of the trio at some point in the future.