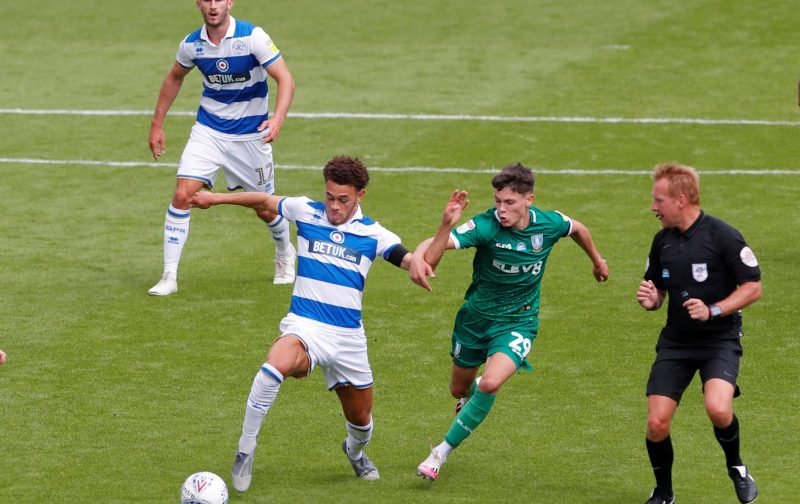 Amos joined Rangers on a season-long loan from Spurs back in the summer transfer window, and went onto make 35 appearances in all competitions for Mark Warburton’s side, scoring twice.

Now it seems as though those contributions have left a positive impression around the Kiyan Prince Foundation Stadium, with the latest reports claiming that QPR are interested in signing the 23-year-old on a permanent basis.

It is thought that Warburton is a fan of Amos despite some inconsistent fitness and form during his time at the club, and is confident that the midfielder – who is valued at £1.08million by Transfermarkt – has the potential to improve his game.

As a result, QPR are said to prefer to sign Amos on a permanent basis, although they would also reportedly be willing to agree to another loan move if necessary.

There are currently 12 months remaining on Amos’ contract with Tottenham, securing his future at the club until the end of next season.

This is certainly an interesting one for QPR to consider.

Amos was perhaps not a standout player for the club this season, which may not suggest this is the best signing for them to make.

However, it should also be remembered that he has been hampered by injuries recently, and if he is able to get over them next season, he could yet be able to show the ability he surely has to have shown at some point to be recruited by a club such as Tottenham, meaning this may not be an altogether bad signing for them to complete.