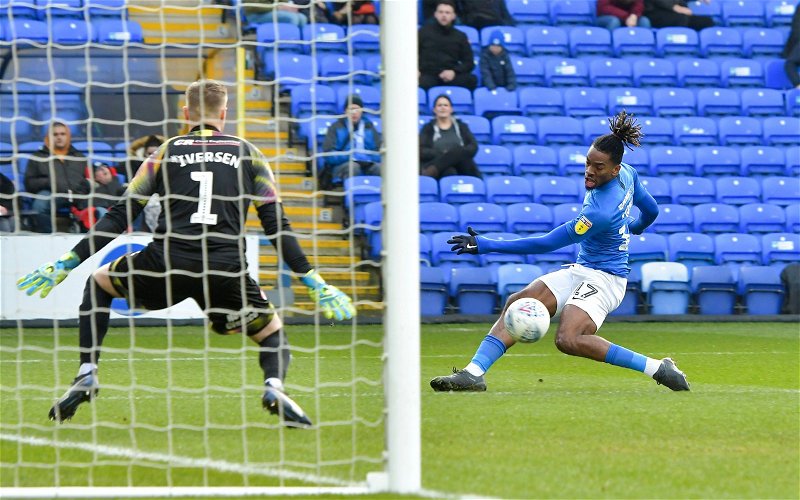 QPR have become the latest club to enter the race to sign Peterborough United striker Ivan Toney, a report from The Daily Record has claimed.

Toney enjoyed another outstanding campaign for Posh in the season just gone, scoring 24 goals in 32 leagues appearances before the premature curtailment of the campaign in the third-tier.

Perhaps not surprisingly, that goalscoring return has led to plenty of attention in Toney going into the summer transfer window, with the latest reports claiming that QPR have become the latest club to enter the race to sign the 24-year-old, although they are not alone with their interest.

It is thought that Scottish champions Celtic have seen a £5million bid for the forward rejected, while Premier League side Brighton and Championship play-off finalists Brentford also said to be monitoring the situation around Toney.

As things stand, there are 12 months remaining on Toney’s contract with Peterborough, meaning he could leave the club for free next summer if nothing is confirmed before then.

This would be a huge signing for QPR if they are able to bring Toney to The Kiyan Prince Foundation Stadium.

With Jordan Hugill’s loan from West Ham now having come to an end, and speculation around the future of the likes of Ebere Eze refusing to go away, it does look as though Rangers will have to add a fresh source of goals for next season.

Toney’s record for Peterborough certainly suggests he could fill that role for Mark Warburton’s side, and the level of interest there is in the striker would make this some statement of intent, although it also means this may not be an easy deal for them to secure.