It’s been a busy old summer for Queens Park Rangers as we prepared for the 2019/20 Championship campaign under the charge of new manager Mark Warburton, and one key concern for fans in our transfer dealings was the lack of a strike option – but we then saw West Ham United attacker Jordan Hugill join up on loan for the campaign.

He had a debut to remember as we opened the season up against Stoke City on Saturday as the 27-year-old took only eight minutes to open his account and help us to a 2-1 victory on the day.

Statistics website Whoscored gave him their star man award and Man of the Match on the day with a score of 7.45, but plenty will be looking for far more from the squad in the future. 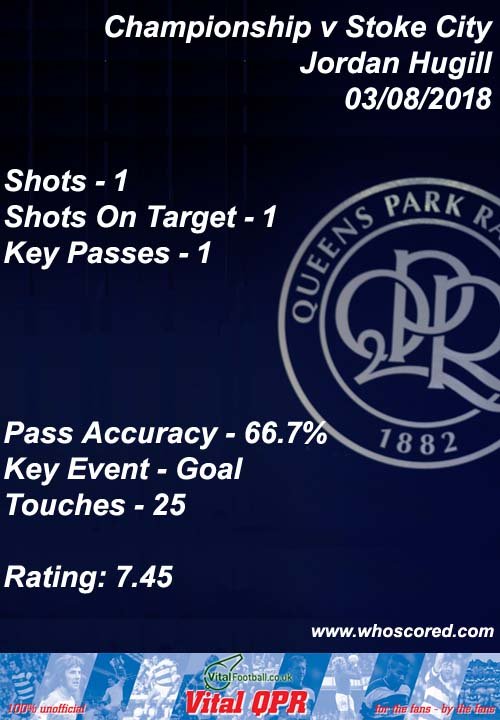 Three points are three points though and Warburton will be hoping this is the first win of many more.