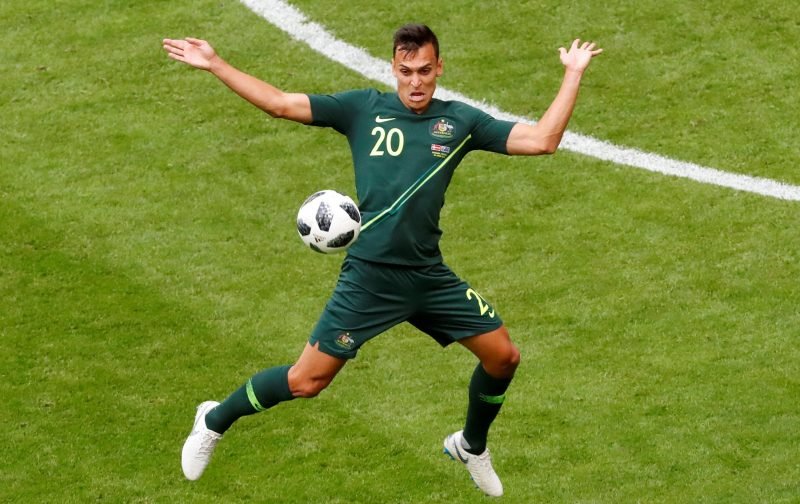 It’s being reported this week that Queens Park Rangers are set to rival Aston Villa for the services of Australian centre-half Trent Sainsbury.

The 26-year-old defender is on the books of Jiangsu Suning and although he’s impressing for the Socceroos at this summer’s World Cup, he seems to have found game time hard to come by from the stats I can find online. He spent time last season with Grasshoppers and had a less than successful loan spell out with Inter Milan the previous year.

In any event, he has featured on the rumour mill for a while when it comes to seemingly cash-strapped Midlands side Aston Villa, but according to Football Insider new head coach Steve McClaren is now potentially in the hunt for him.

He is inside of his final 12 months of contract at his current side, and it’s been reported he favours a move to Europe and England in particular – but no movement is expected until after Australia complete their World Cup journey according to his agent.

He would certainly plug a gap for us but I’ll be paying more attention to today’s clash between Australia and Peru, that’s for sure.