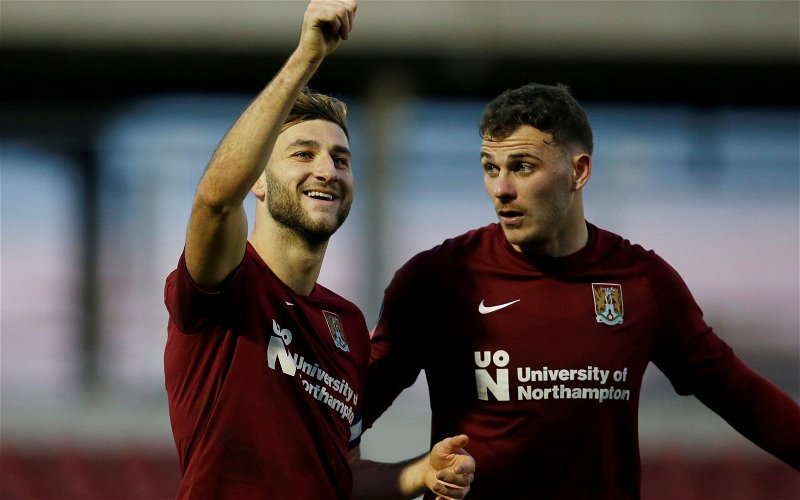 QPR are set to beat Championship rivals Middlesbrough to the signing of Northampton defender Charlie Goode, a report from Football Insider has claimed.

Goode enjoyed an impressive season with the Cobblers, helping them win promotion to League One via the League Two play-offs, something which has garnered him plenty of attention from further up the football pyramid.

It seems however, as though the 25-year-old’s next destination is now all but decided, with the latest reports claiming that QPR are set to complete the signing of the centre back, despite interest from Middlesbrough.

That deal is expected to see Goode, who has made 62 appearances in all competitions for Northampton since joining the club in January 2019, make the move to The Kiyan Prince Foundation Stadium for a fee of around £1million.

This is something that certainly looks promising for Rangers.

Having conceded goals at an alarming rate at times last season, it does seem as though they needed to strengthen their defence this summer, particularly after the departure of Grant Hall – ironically to Middlesbrough – at the end of the season just gone.

Goode’s performances for Northampton last season do suggest that he could help them to do that, and it will be interesting to see just how he copes with making the step up to the Championship.

Given the short turnaround to the new season, it is also encouraging to see QPR look to be getting their business done early, giving their new recruits more time to settle, as is the fact that they are able to beat their divisional rivals in these transfer battles.