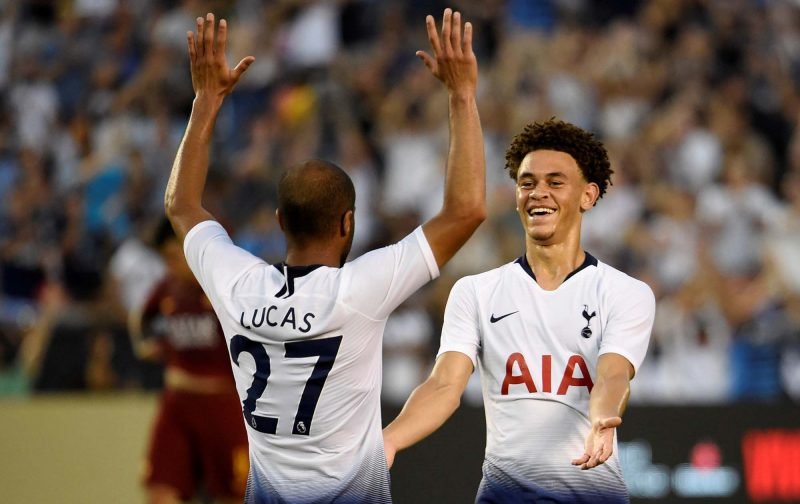 Travelling Queens Park Rangers fans would’ve had a smile on their faces on Saturday afternoon as manager Mark Warburton saw a much improved showing from his first team squad as we faced Oxford United at the Kassam Stadium in another pre-season friendly.

Taking a 2-1 win on the afternoon courtesy of a brace from on loan Tottenham Hotspur midfielder Luke Amos, the 22-year-old clearly stole the show as he scored two headers in as many minutes to give us the win.

Plenty of Spurs fans tipped him to be a success when he arrived at Loftus Road as most felt he’d have had his first team breakthrough in 2018/19 had he not picked up an Anterior Cruciate ligament injury in September, so with two goals to his name already, I can only imagine that QPR expectations for him this year will have now risen further as well.

It has for some as both Spurs and QPR fans reacted to his brace on social media.

Should we pretend we bought Luke Amos for £10m and sent him back on loan to QPR ????

He’s class, would have played 20 games for us last season if he didn’t get injured

Amos and Ball owned the middle of the park for #QPR. They are going to be a nice duo. And I love to see Amos with a nose for the goal too. Watching the @QPR stream was a morning well-spent.

Yes luke. Everyone at spurs behind you