Opinion: Rumoured signing with 26 Championship goals would have nothing but benefits

Rumours have circulated in recent days that Rangers are in the hunt for central midfielder Ben Watson, whose contract will expire at the end of the season.

Despite the midfielder turning 35 in less than a month, he has been able to feature in every single one of Forest’s league games this season – not a bad achievement considering they are currently fifth in the league.

The former Crystal Palace man – occasionally dubbed as the ‘Peckham Beckham’ by some of the Eagles’ fanbase – is certainly no stranger to football at this level, and with finances tight at the Kiyan Prince Foundation Stadium, it could be a very wise signing by Mark Warburton.

So far in the Championship, he has scored three goals and made as many assists from his 37 games, being the captain in the majority of the games, as per Transfermarkt.

According to reports from The Athletic, Forest have made an offer to extend his deal by one year, but he could still definitely leave, with Charlton also reportedly keen on the midfielder.

So far, he has been a real mainstay in the squad and has been a consistent performer throughout (he has a 6.88 average rating from WhoScored, the seventh-best in the squad) and is definitely an important part of this team.

Would Ben Watson be a good signing? 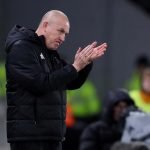 With QPR having a young squad, as well as the threat of Eberechi Eze leaving this season, they could do with another leader in the team as well as an experienced head to help aid players such as Ilias Chair.

Furthermore, he can help come up with a goal from midfield, so it is really hard to see where the club could go wrong with this deal.

It’s a position that could also definitely do with bolstering, with Geoff Cameron, Charlie Owens and Ilias Chair being the only out-and-out central midfielders, as per Transfermarkt.

Ben Watson has now got 272 Championship appearances to his name, as well as 26 goals and 27 assists, so he is definitely worth snapping up before his age begins to get the better of him.