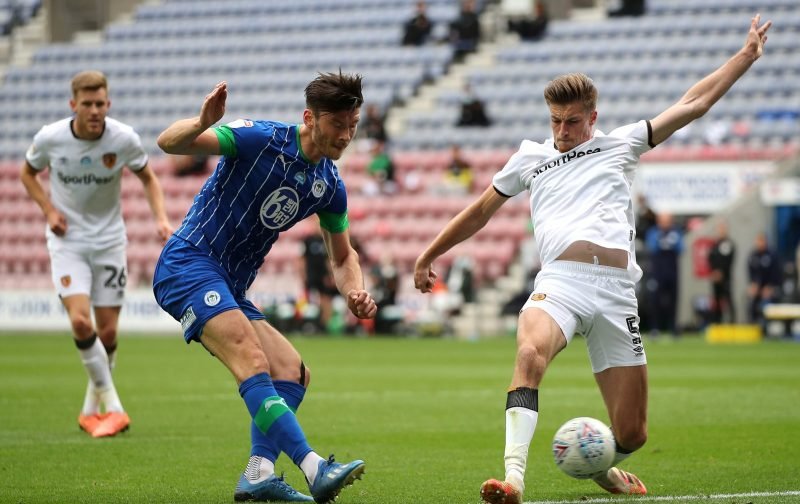 Wigan Athletic have accepted a £2.1million offer for striker Kieffer Moore from QPR, a report from The Daily Mail has claimed.

Moore only joined Wigan from Barnsley last summer, and has since gone onto score nine goals and provide four assists for the Latics this season.

But with Wigan having recently entered into administration, it seems the club could now be forced to sell a number of players in order to bring in some much-needed funds.

According to the latest reports, that is something QPR could be about to benefit from with the signing of Moore, although the Wales international is also said to be attracting interest from Championship rivals Middlesbrough and Cardiff City.

Rangers however, are thought to be in pole position to sign the striker, and judging by the response to that news from a number of the club’s fans on Twitter, it seems signing the striker would certainly go down well amongst QPR supporters.

Here, we take a look at what some of them had to say about the prospect of signing Moore.

Like him as a player. Am sure he bullied our defence a few seasons back . Would always prefer a permanent to a loan . #QPR

Proven championship goalscorer. Not too bad at all👌

Good striker. Think can get 15 goals if given the right service. 👍

My kind of player

Kieffer Moore would be a great signing imo #QPR