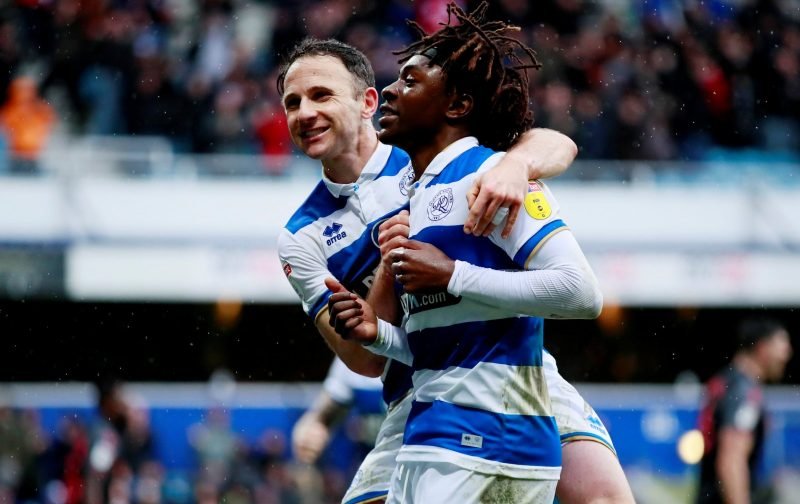 QPR first-team coach Neil Banfield has invited teams to go after Eberechi Eze today after giving a ballpark figure for how much the player could cost.

With Eze being one of the standout players in the entire division, there is no surprise that the club will be expecting some teams from the Premier League to come calling – and you can argue that Banfield is encouraging the interest within this interview with West London Sport.

Banfield said during the interview: “If the offers come in of £20m and £20m-plus, I don’t think there would be many clubs that could turn that down.”

“We’d love to get promoted and play with Ebs, Ilias and Brighty, but I think you’ve got to be realistic.

“If a club comes in now with loads of money then those lads have got to go. It’s just a fact of life.”

With QPR’s financial struggles with FFP being well documented and not at all hidden by the club and more specifically Les Ferdinand, you can understand why they are trying to set a valuation for him early doors and sticking to it.

There is no doubt that they are inviting pressure on for their creative midfielder in the hope that they can sell the man for a juicy fee.

Considering that the player has 12 goals and eight assists to his name this season, you can see why the club feel like £20m is a suitable price, as he clearly has the talent to go a long way in the game.

Reports suggest that Crystal Palace and Spurs are interested in signing the attacking midfielder.

Supporters will be crossing their fingers in the hope that he does not depart in the summer, but Banfield’s latest comments almost rather suggest that they would rather cash in on the player than have him at the club when he doesn’t really want to be here.

From the 37 league games this season, Eze averages 3 dribbles per game, 1.9 key passes per game and has an average passing success rate of 86.4 per cent, showing that this player has more strings to his bow than just dribbling ability. It seems as if the club’s senior staff hope that the big boys have taken notice of these stats.